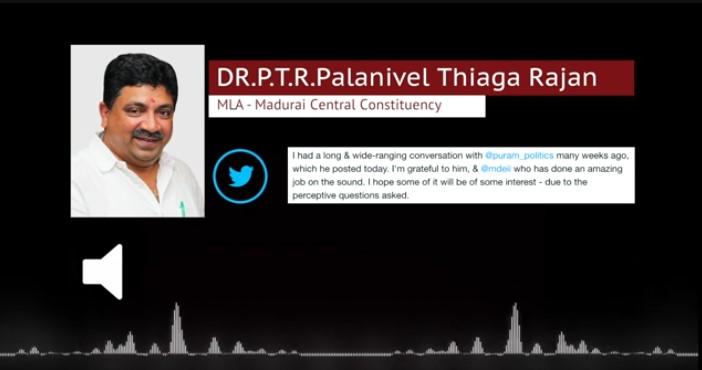 Your grandfather was Chief Minister of Madras State, your father was Speaker of the Tamilnadu Assembly and you were an academic. What made you move into politics? Because and I ask you this not from a conventional tone but like as an individual, weren't you better off writing or solving problems of optimization, what is the pull towards politics in terminal?

Thank you so much for such a thoughtful and patient conversation. We also wish you the very best. We hope to see you in a ministerial position very soon sir.