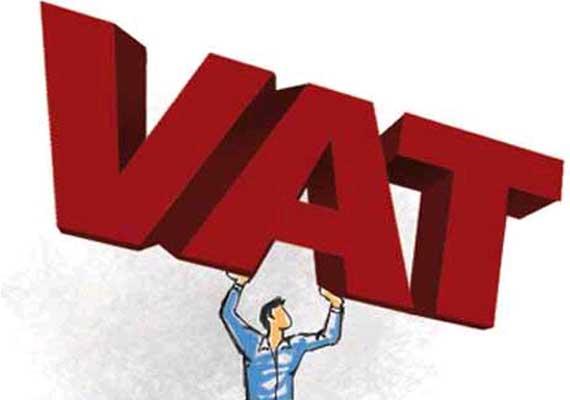 You will no doubt recall that on behalf of the DMK, I registered our opposition to this Bill when it was first introduced yesterday. I would now like to explain why we are against the bill – at least in its current form.

As before, I have no interest in scoring Political points, especially since I was the first person to say that the State needs to improve its Revenues to avoid a vicious cycle where we are forced to borrow mostly to pay interest.

However, there are many ways in which the State can increase its revenues, and with the information available to us today, we cannot support this bill as the most fair and effective way for the State to raise this revenue.

Based on my speeches in this House so far, I hope I have built some credibility with you and my fellow members when I say that I only want to speak of Policy, and not Politics. Using this credibility, I request you to kindly allot me about 5 minutes to explain some basic Economic concepts here. While I am sure that many members are highly learned and proficient, I assume that at least some will benefit from my taking the time to explain these concepts.

Progressive Taxes, such as Income Tax, suggest you pay higher taxes as you move up in Income or Wealth. For example, in India people pay no tax at all till about 2.5 Lakhs of Income, then 5% from 2.5 Lakhs to 5 lakhs, then 20% from 5 Lakhs to 10 Lakhs, and 30% on more than 10 Lakhs. Such taxes are inherently more fair & equitable, as they take a greater share from those who are better off, and none or less from those who are not so well off.

Regressive Taxes on the other hand, are much less fair or equitable. Regressive taxes are usually Fixed-Rate Taxes – such as Sales Tax, Excise, VAT etc. But why are fixed-rate Taxes Regressive? Aren’t they equally painful to all. Absolutely Not! The reality is that such taxes take away a much greater share from the poor and middle class, than from the rich – despite being fixed-rate. Consider for example a flat GST of 15%. Such a tax will take up a much greater proportion of a poor/middle-class

person’s annual income, than from a Rich person’s – precisely because a rich person doesn’t need to spend more than a small portion of their income to support their lifestyle (and will instead save/invest more), whereas a poor person will spend most of their income each year – as they cannot afford to save much! So a 15% GST almost equals an additional 15% Income Tax rate for a middle-class person who spends most of their income every year, whereas it equates to about 7.5% for a rich person who spends about 50% of their Income each year and saves the other 50%!

Now let’s turn to the very special case of VAT on Diesel & Petrol. As I mentioned during my Speech on Monday, raising taxes on these brings 2 additional concerns, beyond the general one of unfairness due to the inherently regressive nature of such taxes:

1) Diesel & to a lesser extent Petrol, are major inputs into several production/supply chains – including fishing, farming, transportation, logistics, etc. So increasing the taxes, and hence the retail price, of these will have one of 2 additional negative impacts:

a. The consumer of these (such as the Fisherman, for whom Diesel for the Boat is the greatest variable cost in his profession) will pass on this cost increase to the consumer (higher costs of fish) – thereby raising inflation, OR

b. Will see their earning eroded due to increased input costs with no increase in Revenue – for example, the few Auto & Taxi drivers who actually run their meter at the Government-stipulated rate!

2) In addition, given the relatively low price of Crude Oil today (around $55/barrel, compared to an average of around $100 in 2011-2014), we are treading on dangerous ground when we have Central (Excise) and State (VAT) Taxes so high that the Retail Price of Petrol & Diesel today (when Crude Oil is at $55/barrel) is already almost as high as in 2014 (when Crude Oil was at $110/barrel). We have left ourselves no capacity to adjust to a potential rise in the market prices of Oil! If Oil rises to 2014 levels, we will either have Diesel @ Rs. 83 &Petrol @ Rs. 95 (and still keep the State Revenue @ roughly Rs. 18 per litre as currently planned in the budget), or have Government Revenues drop from current Budget expectations.

It was precisely for these 3 reasons that the 2006-2011 DMK Government under Dr. Kalaignar, chose to offset Market Oil Price increases through VAT reductions on

Diesel& Petrol multiple times. Anyway, as I said, I’m not here for adversarial Politics, so I will conclude my arguments against this Bill to raise VAT on Diesel & Petrol with 2 questions to the Hon’ble Minister for Commercial Taxes:

1) How did you decide to raise the Taxes to these levels – and not either higher or lower? Did you do a cost-benefit analysis to show what the tradeoff between

a. Benefits (increased Revenues to the Government) &

b. Costs (greater Tax inequality, potential Price Inflation/Earnings reduction for small farmers/ fisherman / traders, and less capability to deal with future Oil Price increase) ? If you did, did such analysis cover many different Oil Price and ex-ante GSDP growth scenarios, to consider the full range of outcomes? Also, if any/all of this was done, why have you not shared the results with this House, which would have provided us sufficient information to make up our minds to either support or oppose you, with the benefit of this insight ?

2) If you did not do such an Analysis, how did you decide on these specific rate increases? Why not higher or lower? And how do you expect us to support such a risk-prone (and potentially impacting many crores of people’s lives – especially the weaker and middle-class) policy decision without such an analysis ?

Without these answers, we just don’t have enough information to give us the comfort that such a Bill will bring more benefits to the State that the many costs we know for sure it will entail! And we are particularly cautious at this time, because most of the people who will be negatively impacted by this bill have already suffered disproportionately: Small farmers from the drought, fisherman by the Sri Lankan attacks, and all Rural/Weaker sections of society from the recent disastrous Demonetization.

Under these circumstances, Hon’ble Speaker, the DMK has no choice but to oppose the Bill in its current form – and we do so vehemently. If the Bill were to be presented to us with the kind of thoughtful analysis and results that I’ve mentioned above, we will be happy to reconsider our decision.

Hon’ble Speaker, I thank you once again for the opportunity to express our dissent, and explain why we have taken this position. 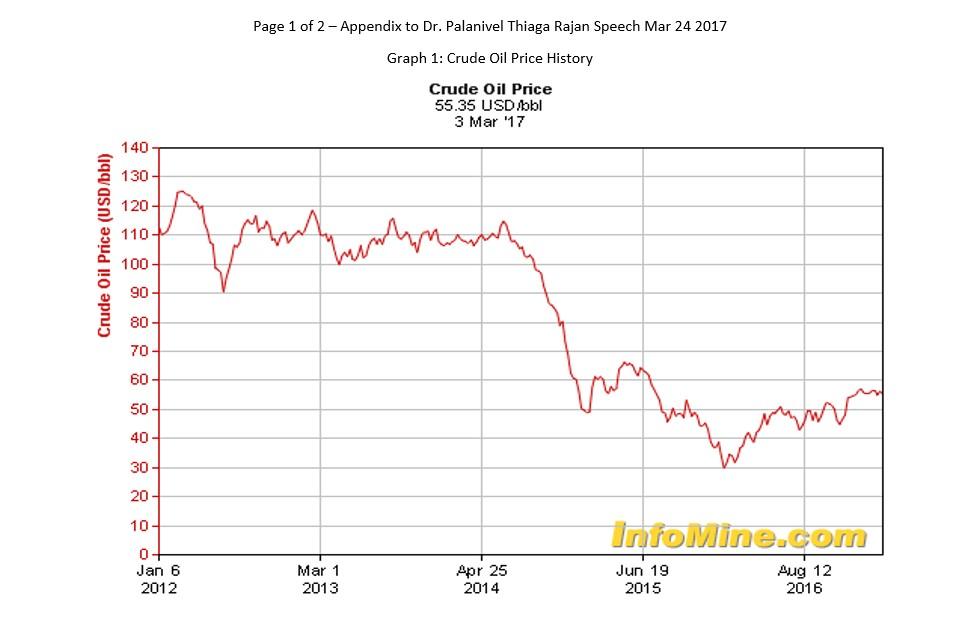 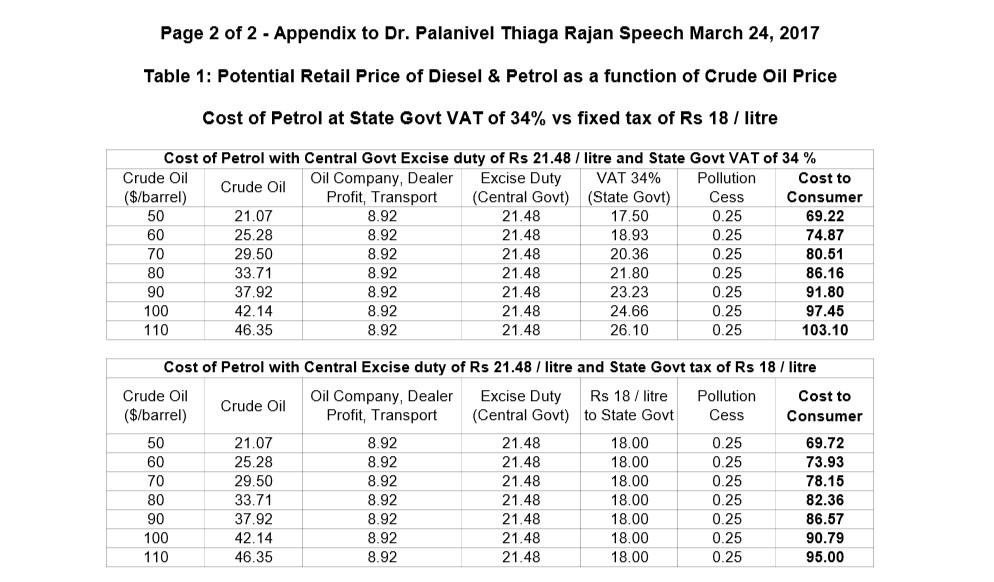