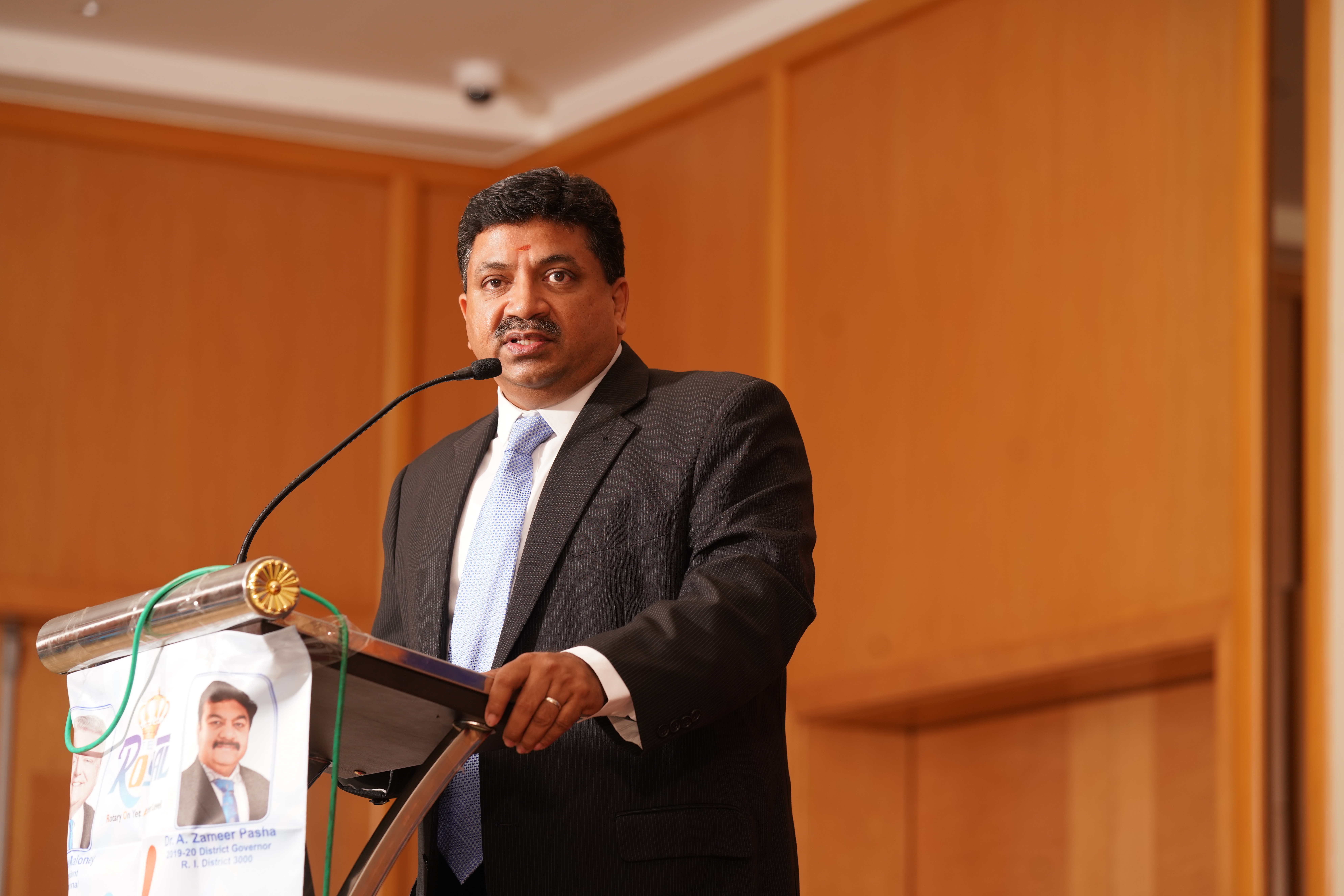 Statement regarding our Leader Thiru M.K. Stalin’s call for an Amended Budget for the 2020-2021 Financial Year

I was quite surprised to find an article yesterday (01.06.2020) morning in the Hindu Newspaper entitled ‘No Need for a fresh budget, Minsters reworking Expenditure’ with the byline ‘Can be done within existing framework, says Pandiarajan’, with the authorship credited to one Mr. T. Ramakrishnan (Chennai). For those who may not have seen the article, the contents of the article reveal that the ‘Pandiarajan’ cited is Tamil Nadu Minister Mafoi Pandiarajan.

At the outset I am shocked that a reputable paper like the Hindu, with a distinguished legacy including many fine Editors in the past, should print such patently unconstitutional statements as if they were subjective or debatable concepts.

The Constitution of India vests ALL power of Government Expenditures, down to the allocation of funds (through 4 levels of categorization), with the Legislature – NOT with the Executive (Ministers). Each Minister is constitutionally bound to execute (completely) the spending plan approved by the Legislature through the detailed “Demand for Grant” presented by her/his Department to the Assembly and approved by the members of the Assembly.

The Budget & Demands for Grants are considered so important (at least for appearances) by even THIS Tamil Nadu Government, that in each of the past 4 years of the term of the 15th Legislative Assembly of Tamil Nadu, the Assembly’s meeting-days for these two purposes have occupied roughly 30 days of the roughly 35 days (or ~ 86%) of the ENTIRE Annual Assembly Meeting days.

While over-spending of even 1 Rupee over the allocated funds is a violation of the Constitution, underspending (“saving”) of allocated funds is considered an operation failure by the concerned Minister/Department, and such failures are noted as violations (Audit Finding Paragraphs) during the Annual Audit of the Government’s Finances by the Comptroller & Auditor General of India (CAG).

Under-spending on any project/heading in each Minister’s Department is considered a failure on at least 3 counts:
a)    A failure to fulfil the will of the people (as expressed by the approval of the Legislature). For example, a road was not built, or scholarships not disbursed

b)    An injustice to the intended beneficiaries/recipients of the project/transfer. That is, the lack of executional capability of the Minister’s Department denied a legitimate beneficiary from receiving the benefit intended to be given by the people (through the Legislature)

c)    An unacceptable Opportunity Cost to other Departments who have spent their allocated funds fully, and could have used these unused funds (“savings”) to the benefit of the people if the Legislature had allocated it to those other Departments instead

As I have stated before, the Members of the Legislative Assembly’s Public Accounts Committee (including myself) have taken up many such under-spending cases for review. Without distinction of either party affiliations of the Members (i.e. MLAs of ALL parties) or of the Government in Office at the time of the under-spending (whether DMK or ADMK), we have ALL been aggrieved to hear of such cases, and consequently taken the concerned Department Officials to task for failing in their obligations to execute the will of the people. In some cases, we have even admonished the Departments for gross and repeated under-spending.

It should follow from these realities that as per our Constitution, it is NOT up to the discretion of ANY Minister, whether they want to spend or “save” (cut back spending) on any line item or project that has been approved in that Department’s Demand For Grant.

In this case, the scheme proposed by the Minister Mr. Pandiarajan is not just Unconstitutional (already a grave charge against a Government Minister in any functional Democracy with an Independent Judiciary), it is also absurd & foolish. Consider the following questions to understand the profound fallacy of Mr. Pandiarajan’s approach:

1.    The Chief Minister has said that he expects a Revenue shortfall of ~ Rs 35,000 Crores (or roughly 23% of the originally budgeted Rs. 1,50,000 Crores). Consider your own households or businesses/employers for a minute. If you suddenly discovered your income for the year was going to be cut by roughly a quarter, would you re-adjust your spending priorities? Of course, you would! So, assuming the Government is sane, surely it must re-prioritize/re-focus its spending priorities – and that will call for some things previously budgeted to be reduced/eliminated, and others increased. The Constitution says it must get the Legislature’s approval for these changes. So, if not the Constitution, who/what gives Mr. Pandiarajan the right to decide what to cut – from the funds/heading previously approved by the Constitution? Does he derive extra-Constitutional power from God directly?

2.    Let us assume that not just Mr. Pandiarajan, but the entire ADMK Cabinet feel they have such Divine extra-Constitutional Powers. Even if so, they CANNOT all cut their respective costs (or variable costs as Mr. Pandiarajan says) by the same 25%. The approved Budget, and the Demands for Grants for each of the 54 Departments have allocations under various headings and categories, and the ability to cut is complicated by at least three factors:

b.    The ratio of Capital Expense vs. Revenue Expenses (in their total grant) varies greatly across Departments.  For example, the PWD Department has an extremely high proportion of Capital Expenses (~90% on New roads, Buildings, etc.) – which can easily, and SHOULD, be cut back drastically in a difficult year like this year. By contrast, the Adi Dravidar & Backward Classes Departments have a high proportion of Revenue Expenditures (~90% - mostly Monthly Scholarships & Hostel Payments for students) in their total grant. Anybody with either a normal heart or a functioning brain would say that NOT ONLY should these NOT BE CUT equally to Capital Expenses; in fact they should not be cut at ALL! Rather they SHOULD BE INCREASED during such difficult times

c.    The size of Grants varies greatly across Departments. For example, PWD (Highways & Buildings) has an allocation of ~ 15,000 Crores. By contrast, the Backwards Classes Department has an allocation of ~ 1,000 Crores, and the Hindu Religious & Charitable Endowments Department (HR&CE) of ~220 Crores. Why does it make sense to cut each of these by the same 25%? Does Mr. Pandiarajan think it is fair that we cut Rs. 50 Crores from Temples and Rs. 200 Crores from Backward Classes Department, instead of an incremental 1.67% (to get the same 50+200 = 250 Crores savings) from the PWD (Highways & Buildings)? Is Mr. Pandiarajan Anti-Hindu? Or is he Anti-Backward Classes?

Taken together, these points show that this “All Departments cut costs by 25% uniformity” is as heartless and foolish as the various “One Nation, One Language” etc. schemes of the Union Government.

I could state many more reasons why Mr. Pandiarajan’s approach is fatally flawed, including:
a)    Former CM Ms Jayalaithaaa’s past actions in a comparable situation

b)    The variation in the timing of spending across Departments

and others to show the profound illegality, as well as complete lack of logic that can be seen in Mr. Pandiarajan’s statements and the articles’ reporting. But rather than beat a dead horse, I will just make one last point for a quick comparison.

In the State of Karnataka, Opposition Leader D K Shivakumar (Congress) has requested the Government headed by the Chief Minister Mr. Yeddyurappa (BJP), to reconvene the Assembly to pass an Amended Budget considering the new realities of significantly reduced Revenue expectations, and the need to re-prioritize spending. Mr. Yedyurappa has agreed, and said he will do. So will Mr. Pandiarajan also accuse Mr. Yedyurappa of “wasting the people’s time”, in a “political” manner, as Mr. Pandiarajan has accused our Party Leader Thiru M.K. Stalin in this farce of an “article.”

It is beyond ironic that half-witted Ministers & reporters cast aspersions on our visionary & compassionate leader. But despite these fundamental & profound fallacies, I must admit that I am not incredibly surprised by Mr. Mafoi Pandiarajan’s ignorance of the Constitution.

I await their answers, which will prove most illuminating.