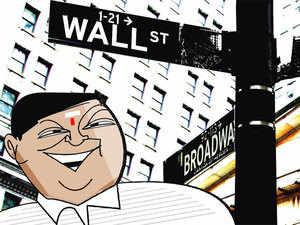 On September 15, 2008, the day that Lehman Brothers filed for bankruptcy, P Thiaga Rajan, head of the company’s offshore capital markets operations in Mumbai, gave a stump speech to the staff of 480.

“God already told me once when my father died that I’m not fit to be a banker. I was only fit to be a politician or a farmer. Somehow Lehman lured me away. God is telling me a second time to go become a politician or farmer. But I give you my commitment. I will not leave this building until all of you are taken care of,’’ Thiaga Rajan told them standing at the top of the trading floor. Then he said something that briefly revealed his political genes. “I said to them ‘in return I want you all to make a commitment.

Ignore everything I’ve told you all the time I’ve known you. We are all socialists today. I've said socialism was inefficient due to structural limitations. I’ve told you we are all 100 per cent capitalists. The best man wins… Now I’m telling you we can’t afford to be capitalists. We got to protect the weakest guy. From now till this chapter (bankruptcy process) ends, we’re socialists,’’ Thiaga Rajan recalls sitting in a small room fitted out to receive visitors on the first floor of his sprawling manor in the heart of Madurai.

Thiaga Rajan is contesting on a Dravida Munnetra Kazhakam (Party for Dravidian Progress) or DMK ticket from the Madurai Central constituency of the Tamil Nadu assembly, earlier held by his father PTR Palanivel Rajan who died on a train while returning from Chennai after swearing in as minister in M Karunanidhi’s 2006 cabinet.

By then he had been in the US for 20 years getting a PhD in cognitive processing and computer interface design at State University of New York, Buffalo and later an MBA in finance at MIT Sloan School of Management. He had married an American of Irish-Welsh descent.

Yet he knew he would have to answer the call he had been prepared for since he had memory. “It was drilled into me from the time I had cognizance that I had to carry on the family legacy of public service.’’ That would not be easy though.

He is fighting from a borough that has been the stronghold of MK Azhagiri, DMK chief Karunanidhi’s second son. Azhagiri, who commands wide influence in Madurai, has been sidelined by Karunanidhi and the rest of the family that includes heir apparent MK Stalin.

Azhagiri was removed from party positions two years ago after which he did not even meet his father until recently. Thiaga Rajan is unwilling to talk about the dynamics in the party except saying that he and Azhagiri never had any issues. He is counting on the legacy of his father and grandfather PT Rajan who was CM of Madras Presidency for a few months in 1936. Critics disagree.

AR Venkatachalapathy, historian at Madras Institute of Development Studies, points out that PT Rajan broke away from the Justice Party when Periyar, the pioneer of the Dravidian movement, started democratizing it. In a party that rejected religion, Palanivel Rajan was famous for the sacred threads on his wrist and his temple visits.

“Karunanidhi is keeping alive the retrograde strand in the Dravidian movement by giving seats to these scions,’’ Venkatachalapathy says.